Today I am delighted to unveil part 2 of our Profitable Betting Exchange Tipster focus – which this time focuses in a unique strategy for making money football betting.

As most of us probably know by now – the football betting world can be extremely difficult to make a profit from these days, with ‘winning edges’ few and far between.

Big betting syndicates build entire models around a 2-3% profit and every angle is covered in-depth, whether it be team news, tactical match ups or expected goals.

Therefore to get ahead football betting, you need to think outside the box – which is exactly what one expert, Ken, has done by taking a bookmaking pricing trick and turning its on its head.

Allow me to explain…

Ken has been working in the betting industry since 2005 and trading on Betfair since 2011, during which time he has constantly been on the lookout for angles and edges he can use.

His very own ‘Eureka’ moment came after a chance conversation with an odds compiler a few years ago, which opened his eyes to the potential value laying in the football draw markets. Here is how Ken explained it to me…

“This odds compiler told me that the biggest portion of a bookmakers overround goes on the draw odds with the rest split between the home and away teams.

So for example true draw odds of say 3.5 would be reduced to 3.25 – as bookmakers try to trick punters into believing the probability of a draw are higher than they actually are.

bookmakers try to trick punters into believing the probability of a draw are higher than they actually are.


This would then ensure that punters would blindly back the draw as it seems more of a sure thing while also ensuring money gets placed on both teams as they would have slightly higher odds and are more attractive to punters looking for a big win at a large price.

This insight then led Ken to research a possible draw laying angle – whereby he discovered that selectivity is the number one profit driver, with random match selection guaranteed to be a net loser.

“Armed with this knowledge I started running historical simulations and developing statistical models to see if an angle existed – which led to the development of my profitable Lay The Draw Strategy.

To further improve it – I have refined my selection technique over the last few years and am constantly testing and ensuring my models are as efficient as possible. Added to this, I also apply my own judgement to where I think the draw odds should be and highlight those lays I feel are value – this comes from years of monitoring odds movements on Betfair.

Having developed his draw model over several years, in early 2018, Ken approached me at the Smart Betting Club to ask if he could showcase his profitable strategy to members of the SBC service – which I was only too happy to oblige.

Since then, Ken has been shared his lay selections free of charge, firstly on the SBC members forum and since July 2018, via a mailing list available to Smart Betting Club members (as part of our free tipster membership benefit).

His success has continued as during this live proofing period, Ken has delivered with an 80% strike-rate producing 72.97 points profit from 573 lays advised.

This performance is based on laying the draw in several major European leagues such as the German Bundesliga, Spanish La Liga, Italian Serie A, French Ligue 1, Portuguese Primeira Liga and the Turkish Super League.

It’s been busy during the summer as well as the service covers the Scandinavian leagues, the Airtricity Premier League in Ireland and Major League Soccer in America.

In fact – since the start of June, Ken has identified 26 lays, of which 25 have gone onto win for him to make it a summer to remember for followers!

Having shown the profitability of his laying strategy, Ken has now decided to charge a fee for access to his laying tips.

Its hard to begrudge him this opportunity – especially as for the past 20 months he has supplied them totally free, day-in, day-out in order to prove the strength of his strategy.

And thus the Lay The Draw Strategy service was born – one that is ideal for betting exchange customers and those of you who are looking for solutions away from the bookmakers.

Especially for those of you bothered by bookmaker restrictions as exchanges won’t close you down for winning too much!

If you are interested in joining the Lay The Draw Strategy and getting Ken’s daily exchange lay tips, you can sign-up now for his new service.

There is also a 5% discount available for those of you with a Smart Betting Club membership.

TIP: If you are not yet an SBC member, sign-up now, then visit the Lay The Draw page to get your special 5% discount code.

Whether it be the football laying expert making a fine profit in major European leagues or the long-term successful Betfair SP racing tipster – there is something for everyone to enjoy in this latest expert magazine!

Added to the mix, you can also explore our review of the in-play football tipster with a 10% ROI, which best of all it costs just £2 a month to follow. An absolute bargain!

There is also a special feature on the new £500 Minimum Bet Guarantees offered by several bookmakers, the value they provide and who they are suitable for.

All told its a bumper edition and a must-read if you are looking for sustainable, exchange friendly tipsters to follow. SBC Issue 110 is available now with a Smart Betting Club membership. 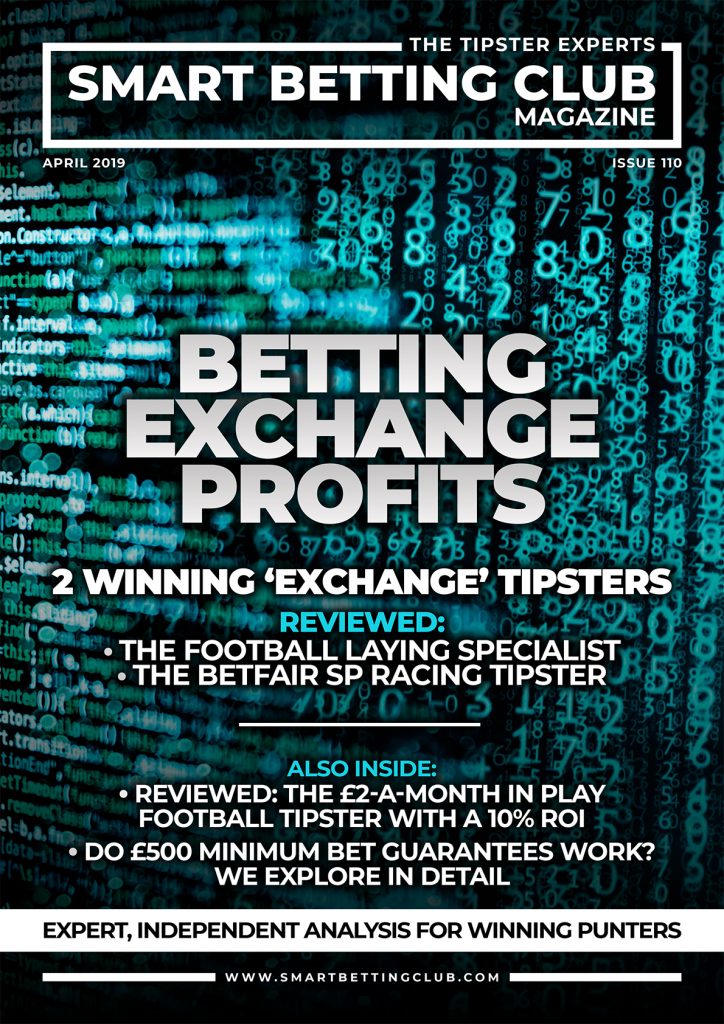 How To Get Your Copy Immediately

You can access your own copy of SBC 110 and our entire back catalogue of magazines the instant you join the Smart Betting Club.

This includes access to every single tipster review we have ever written (there are literally hundreds available) and all of the Hall of Fame Tipsters we recommend to make you money betting.

Check out some of our latest publications.

You can also enjoy significant discounts on the cost of joining many of these tipsters via our unique Tipster Discounts – exclusively available to SBC members only.

Get The Full SBC Membership Package For Just £27.99

You can now join the Smart Betting Club and take advantage of our lowest EVER membership prices for 2019.

From as little as £27.99 + VAT per quarter, you can get started immediately and access the ENTIRE Smart Betting Club service including all our SBC Magazines, Tipster Profit Reports, Best Tipster Guides, Pro Betting Guides & more.

This includes access to our full 13 year back catalogue and no quibble money back guarantee if you join and don’t like what is on offer (unlikely!).

It’s our best ever SBC membership deal and with our amazing money back guarantee offer you have everything to gain and nothing to lose. 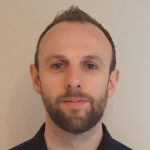